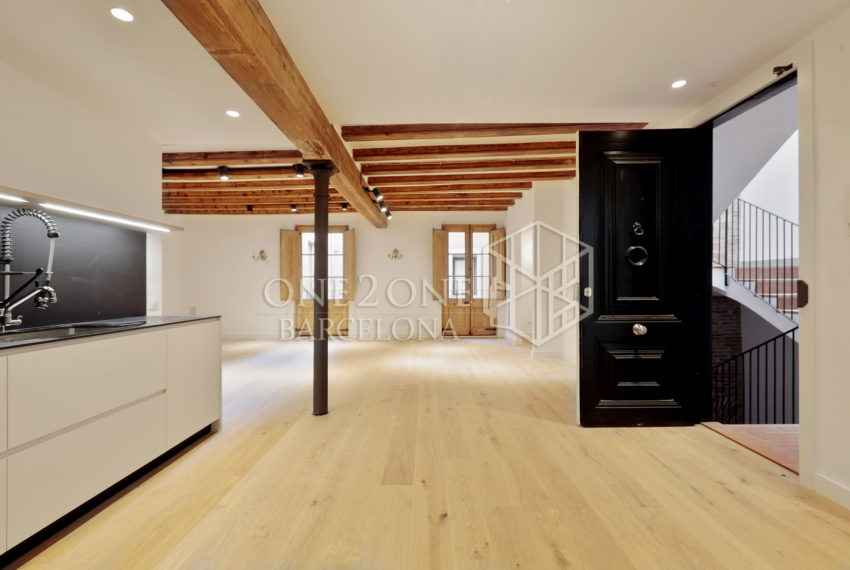 This neighborhood is the one to the east of the old town. The northern part of the neighborhood begins where the Ensanche ends, in Plaza Urquinaona. The neighborhood of Sant Pere, Santa Caterina i la Ribera is on the east side along this street until you reach the sea, the point from which begins Barceloneta.

The name of this neighborhood already tells us that formerly there were three independent neighborhoods. In the northern part, Sant Pere, with one of its main streets, Ronda de San Pedro that joins Plaza Urquinaona with the Arc de Triunfo.

Sant Pere also has the honor of housing the spectacular Palace of Catalan Music. In the center, Santa Caterina with its fabulous market in the place where the old convent was. And in the most southern part, the Ribera, where art and culture have one of their biggest epicenters, with important world-renowned museums and exhibition halls, especially in El Borne, the best-known area of ​​the entire neighborhood.

In El Born you will find a bohemian atmosphere wherever you go, art galleries, craft products stores, alternative clothing and author, and a significant number of museums and art galleries

NEW CONSTRUCTION FLOOR. IN BUILDING TOTALLY REHABILITATED WITH ELEVATOR.
In the heart of the Born we find this magnificent house of 120 m2. In a building of 1851, characteristic of the construction of the time with wooden beams and iron structural columns.

The spacious living room open to the kitchen keeps the original beams as well as spectacular columns both recovering their impressive original texture. The Catalan volta has kept increasing the spectacular roof of 3.7 meters. It combines the functionality of the most modern technology with the warmth of the original elements. The floor is accessed by private elevator, giving access to common areas.

The rest area is ventilated through a wonderful interior courtyard where you can see remains of old buildings in the neighborhood. A large bedroom suite of 21 m2 and two double bedrooms with a shared bathroom. All rooms have fitted wardrobes.